Home › Insight › What did COP26 mean for our sustainable development themes?

What did COP26 mean for our sustainable development themes?

After the delays caused by the pandemic, COP26 was always going to be met with intense scrutiny from investors, businesses and climate change campaigners. 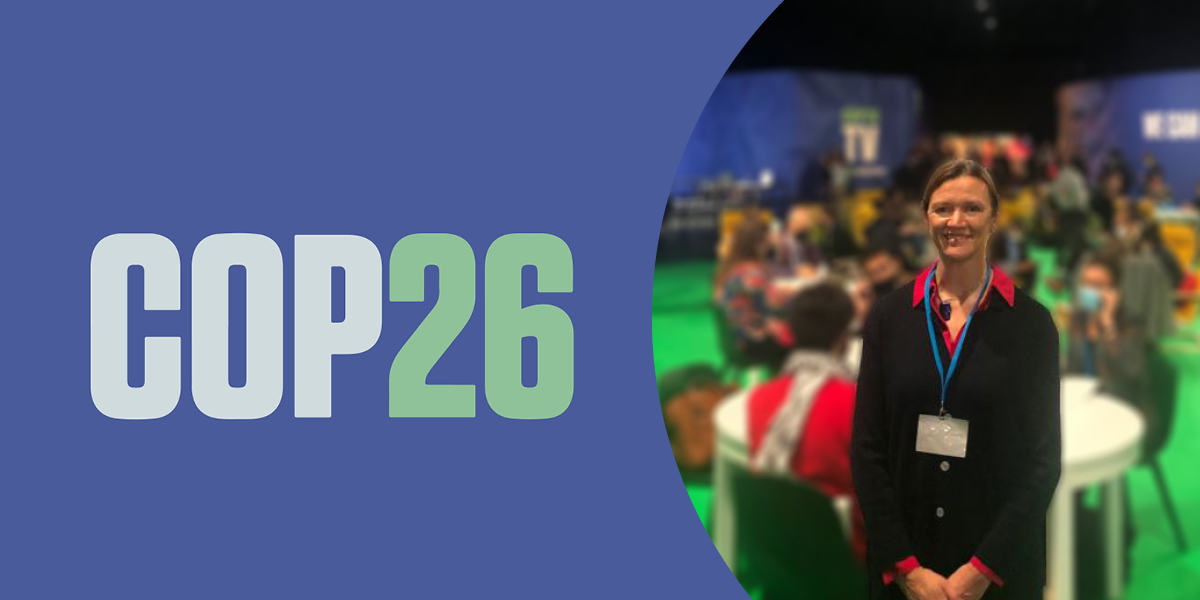 As world leaders negotiated their environmental ambitions, businesses and investors paid close attention to what the announcements meant to them, with the conference representing a critical moment of market signalling.

At Rathbone Greenbank Investments, we centre our investment strategy around eight sustainable development themes. These guide our investment process and ensure we are focusing on opportunities that deliver benefits for society and the environment. In this article, we will look closely at our sustainable development themes and investigate what impact COP26 has had on them.

The pledge by more than 40 countries to phase out coal-fired power was one of the most promising and welcome agreements to come from the Summit. Not only does it offer the promise of a future without reliance on fossil fuels, but it clearly demonstrates to businesses the urgency with which they must distance themselves from coal. As the world moves away from coal, the risk to investors of retaining exposure to coal mining and coal-fired energy generation increases - with companies facing the risk of costly stranded assets should regulation continue to tighten.

On a smaller scale, it was also heartening to see some - but not nearly enough - agreements to help individual countries decarbonise. For example, the International Just Energy Transition Partnership, which helps South Africa decarbonise its economy and additional pledges to the Least Developed Countries Fund to accelerate climate adaptation efforts.

Beyond governments, one of the most significant outcomes of COP26 was the Global Financial Alliance for Net Zero setting new milestones. This committed over $130 trillion in private capital to transforming the economy to be fit for net zero targets over the next three decades. This was a welcome and necessary step that we are delighted to be contributors to.

While COP15 in Kunming is the main event for biodiversity, COP26 delivered a number of high profile commitments regarding nature. For example, the Global Forest Finance Pledge promised $12 billion for the protection, restoration and sustainable management of forests. Moreover, the Glasgow Leaders’ Declaration on Forests and Land Use saw 137 countries committed to collectively end forest loss and land degradation by 2030.

However, while habitats on the ground were represented, there was not nearly enough discussion around life under water. While limiting CO2 is a step toward reducing ocean acidification, marine scientists are still calling for ocean issues to be taken more seriously by governments.

Resource efficiency is a theme that underpins a lot of the discussions around pathways to net zero, however the topic did not get as much attention at COP26 as it should have. Aside from some national business pledges - such as UK supermarkets pledging to halve packaging - there was a dearth of commitments in this area.

A key subtopic in resource efficiency is agriculture and food: a topic that many have claimed was neglected at COP26. Addressing the food system will be crucial to meeting net zero targets, yet there was no dedicated day for agriculture or food at the conference.

COP26 placed infrastructure and innovation at its heart. The first two days of the conference, the World Leaders Summit, contained many innovation commitments - such as the long overdue Green Grids Initiative - and in the following week the presidency dedicated a day solely to ‘cities, regions and built environments’ .

One of the most significant commitments in this area was in green steel. The Glasgow Breakthrough Agenda, signed by more than 40 of the world's biggest states, clearly set out ambition and a tracking process for the transition to green steel.

Transport also took centre stage, with six manufacturers and 30 countries pledging to phase out petrol car sales by 2030. This encourages investment to those manufacturers already offering and developing electric (or in future hydrogen) alternatives. Alongside EV commitments there was a significant commitment from 14 major shipping nations to achieve net zero shipping by 2050 - another important and welcome signal to investors.

There is significant disappointment at the lack of global support offered for resilience, with the $100 billion a year figure called for by the countries hit harder by the climate emergency not having been met. That said, the Adaptation Fund saw significant increased investment, which could help countries to increase their climate resilience and funnel international investment into sectors that are hardest hit.

The just transition is an area of particular interest for us at Greenbank. At COP26, more than 30 nations signed the Just Transition Declaration, a critical commitment ensuring that no one, particularly those working in the sectors that will be hit most by the transition to net zero, will be left behind.

As well as supporting workers and creating green jobs to replace those lost, the Declaration also contains a key commitment to promote social dialogue between governments, businesses and other groups affected by the transition. This is essential to making sure that workers are able to reskill and have self determination in the coming decades.

In the run up to COP26, Alok Sharma, the President Delegate, said he wanted COP26 to be the “most inclusive ever”. However, the conference came under fierce criticism from campaign groups on this issue, who claimed COP did not go nearly far enough in making sure that everyone in the global economy was given fair representation.

Commitments such as the Just Transition Declaration are welcome, but more must be done to give everyone a voice at climate conferences and make sure that this tracks down to the micro level where lack of training and no provision for basic needs means the transition can be harmful to the most vulnerable.

The COP26 Health Programme was announced at the conference, aiming to elevate the voices of health professionals and ensure transformational change in the global health system to protect both people and the planet. As part of this, 52 countries have committed to building health systems which are able to withstand the impacts of climate change and which are low carbon and sustainable.

Was COP26 a success?

The initiatives announced at COP26 covered a multitude of subject matters, and included a number of high profile commitments by the world’s biggest economies. But can the conference be considered a success?

For Greenbank the measure of success was whether the final outcome matched the ambition needed to keep the target of limiting temperature rises to 1.5 degrees alive. In a nutshell, yes COP26 did achieve this, but only just. The amount of progress made was impressive given the challenges facing the conference, however that target was still only met by the tiniest of margins.

The final text of the overall pact was met with disappointment by many, yet this should not detract from the progress it represents, or the countless other pledges and agreements that came out across the two weeks. While there are strong opinions on both sides, we at Greenbank welcome much of what occurred and the clear market signal that the conference gave.

If COP26 succeeded at one thing, it was to prove to businesses that governments are serious about tackling the climate emergency. Businesses and investors who are tied to carbon heavy sectors will need to heed this warning, as COP26 reiterated that these sectors will need to transition or face growing legislative challenges.

As investors we take this moment to reiterate our commitment to support the low carbon transition and furthermore to make sure we are doing all in our power to make it a just transition where no one is left behind.