Home › Insight › An interview with our renewable energy expert

An interview with our renewable energy expert

With COP26 representing a critical moment to turn global ambition into action on climate change, we touched base with Joe Crehan to get his thoughts on the energy transition and how COP26 could affect it. 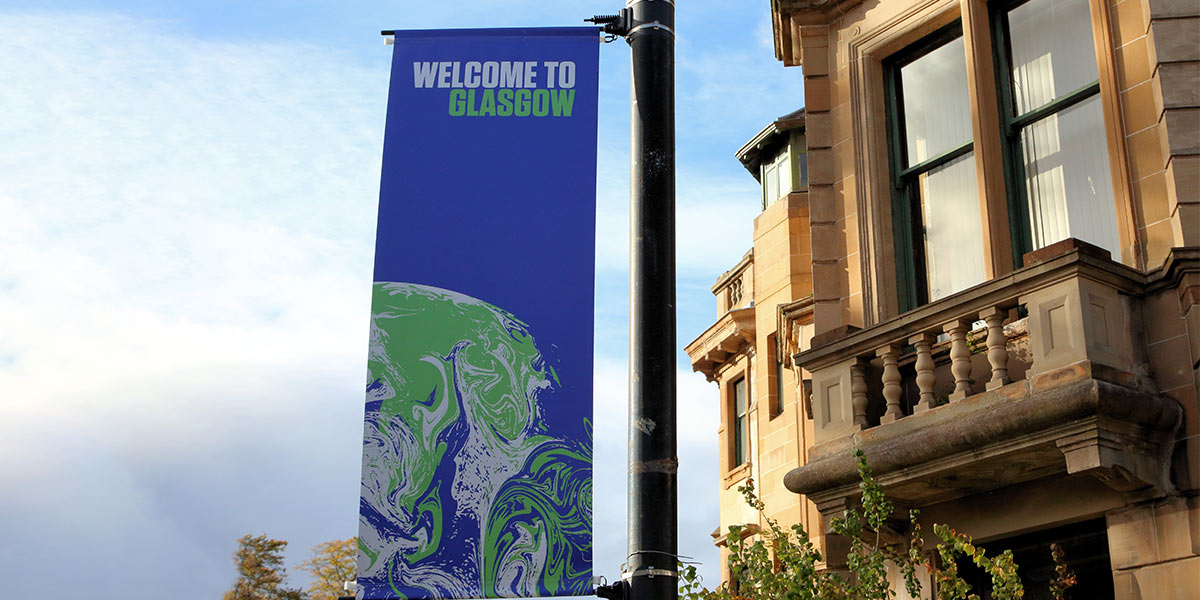 The United Nations estimates that currently announced national climate plans will lead to global emissions in 2030 being 16% above 2010 levels. Joe is an investment manager in the Greenbank team and a specialist in the renewable energy sector.

What are you hoping for from COP26?

As an investor, there are three main outcomes I’d like to see from COP26. The first relates to the global pathway to net zero. The most recent IPCC report shows that we are almost certain to exceed 1.5 degrees warming above pre-industrial levels in the coming decade unless we make some big changes, fast. We therefore need this COP to foster international collaboration and for countries to demonstrate significantly increased ambition for pathways that make a 1.5 degree pathway a realistic prospect. Greater certainty on climate ambition will also help catalyse the additional private investment required.

COP26 is a great opportunity for governments to pledge policy measures or public investment to mobilise the energy transition. For example, sectors in which carbon emissions are harder to abate like heavy industry, heavy transport, aviation and shipping, which combined make up to 40% of carbon emissions, will require more support to decarbonise. More financial support will also be required to scale up and accelerate the uptake of emerging clean technologies.

Governments can effectively co-invest with the private sector to help split the burden of risk with newer and less proven technologies. This investment in turn can make much needed green technologies more affordable and more able to compete with carbon intensive incumbents.

An example of this is in the UK offshore wind market, where government investment and support has led to innovation and significant scale that has reduced costs, attracted significant private investment and is now targeted by the UK government to provide enough electricity to power every UK home by 2030. In 2016, the total height of the largest offshore wind turbines was about 187 meters; fast forward five years and the technology has advanced to a point that the height of the new 14MW turbines can reach 260 meters, delivering a significantly increased energy supply per turbine.

In addition, now is the time to accelerate the transition by phasing out government support for carbon intensive industries. The IPCC report clearly shows that the low carbon energy transition is not taking place quickly enough. Part of the solution is for governments to shift direct and indirect support from high carbon to low carbon technologies, while being mindful of the impacts on jobs and communities that this transition will have. Agreement on an effective and robust global carbon pricing system is also key.

How is the economic case for the energy transition evolving?

Increased climate risk awareness has led to significant innovation. The overwhelming trends have been of technological improvement and cost reduction. This is perhaps most noticeable in the rapid growth in renewable energy capacity. Last year, renewable energy generated by wind, sunlight, water and wood made up 42% of the UK’s electricity compared with 41% generated from gas and coal. Renewables are now the dominant form of new electricity generation in the UK.

This also has implications for affordability within emerging economies. These countries tend to have the largest ratio of solar and wind potential to energy demand. This gives them significant potential with the energy transition to unlock and develop income streams from renewable energy generation.

The final, and perhaps most important change in the economic case for the low carbon energy transition has been the increased realisation of the economic urgency for change. Recent studies have shown that the cost of funding the transition, and the risk of a disorderly transition, will increase significantly the longer that action is delayed.

What action would you like to see other investors take?

In my opinion, the most important thing investors can do is to set net zero targets that are backed by credible short, medium and long-term action plans. This sends a strong signal to its stakeholders that it is serious about being part of the low carbon energy transition and committed to accelerating it.

Investors should also consider how they can incorporate just transition considerations into their investment approach. Initiatives such as the “Financing the Just Transition Alliance”, led by the Grantham Institute at the London School of Economics, can help to guide investors with just transition related actions. Greenbank has also recently published research on ‘Financing a Just Transition’, which provides recommendations for how to use investment to drive forward a transition that keeps people and communities at front of mind.

Responding to the IPCC Report: how investors can support the low-carbon energy transition