Home › Insight › What is the gig economy and what are the pros and cons?

What is the gig economy and what are the pros and cons?

Broadly speaking, the gig economy refers to working practices where individuals are paid to complete short-term contracts or single tasks, for example making deliveries, driving passengers, or providing copy-editing services. Individuals are paid per task, or ‘gig’, rather than receiving an hourly wage or fixed salary. 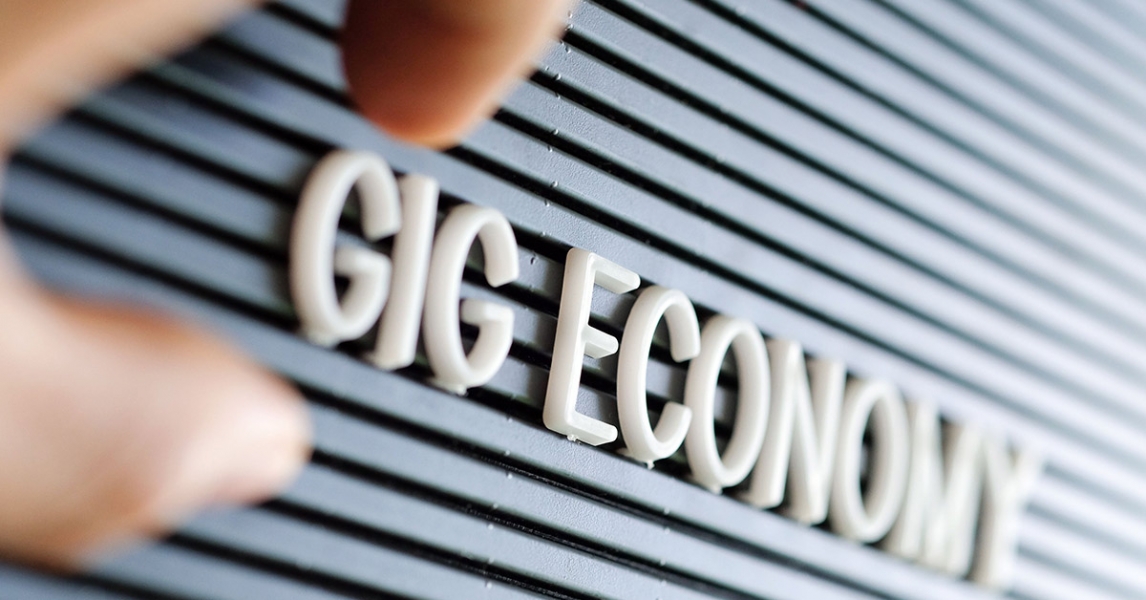 Technological developments have created an environment for this model of work to thrive, as websites and mobile phone apps provide an easy means for individuals to source on-demand jobs and connect with prospective customers. The gig economy is not, however, limited to tech start-ups. A number of existing companies are also changing their staffing systems to adopt a pay-per-task operating model.

In the gig economy, most operating models are set up so that individuals are viewed as self-employed. This means they are entitled to only basic employment protections such as health and safety regulation and protection from discrimination. They are generally not entitled to holiday or sick pay, and do not generally have access to workplace pension schemes.

The Royal Society of Arts’ (RSA) 2017 survey on the domestic gig economy estimated that there were 1.1 million gig workers operating in the UK. Though a relatively small part of the overall UK workforce at present, it is still a significant number of people and is likely to grow further as the gig economy expands.

Driving and delivery service providers – such as Uber and Deliveroo – are perhaps what most people think of when asked about the gig economy. In fact, over 80% of workers surveyed by the RSA fell into professional, creative, administrative or skilled labour service categories.

Advantages of the gig economy

Work-life flexibility, for example the freedom to take work at times and locations that suit the individual, is arguably the greatest benefit of the gig economy.

Many individuals who work in the gig economy do so to provide top-up income, to fit around their personal commitments or studies, or to hone additional skills. Indeed, the RSA’s research indicated that a minority of workers were reliant on the gig economy for their main or sole source of income.

Companies or other clients also benefit from a quick and cost-effective means to fulfil ad hoc or time-sensitive objectives.

Disadvantages of the gig economy

Despite these attractions, the gig economy can result in an insecure working environment where income is neither consistent nor guaranteed.

There is also significant ambiguity over how to classify people working in the gig economy and what employment rights they have access to. Some companies operating gig economy platforms have been accused of exploiting loopholes in employment law to classify individuals as self-employed when, in practice, they are acting as employees or workers.

Gig economy workers also risk longer-term financial insecurity as many are not subject to pension auto-enrolment rules. They therefore do not have access to workplace pensions or benefit from employer contributions to long-term saving.

There is growing consensus that additional protections need to be extended to gig economy workers. Any response will need to be carefully balanced to ensure it provides adequate protection against exploitation while still preserving the flexibility benefits that many value.

A number of cases have been brought before employment tribunals and the UK courts, seeking to challenge the assumption that gig economy workers should be classified as self-employed.  Such cases can provide important legal precedents, but will not necessarily lead to the more systemic changes that could be achieved through legislative changes.

The UK government response has largely been framed around the findings of the 2017 Taylor Review of Modern Working Practices. This set out a number of recommendations to bring employment law up to date with new and emerging business models such as the gig economy.

While broadly supportive of the Taylor Review’s findings, the official government response – published in February 2018 – has been to push many of the substantive recommendations on to another round of consultation.