Home › Insight › A spotlight on the low-carbon energy transition

A spotlight on the low-carbon energy transition 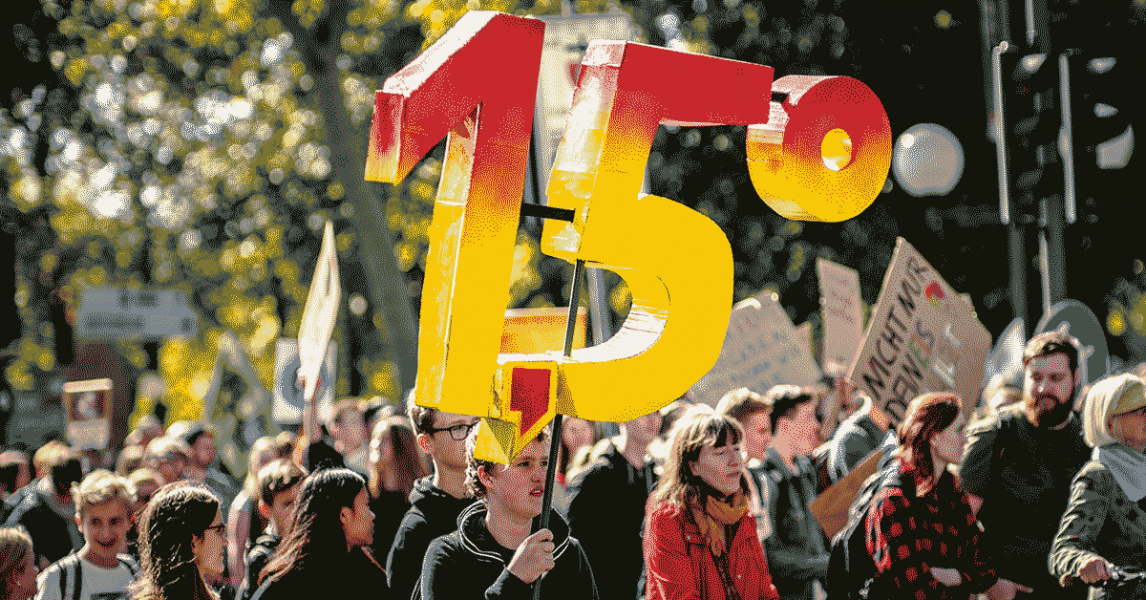 Each year, the United Nations Environment Programme reports the gap between where global greenhouse gas emissions are and where they should be to avoid the worst impacts of climate change.

Each year, emissions rise. The most recent report “The Emissions Gap 2019” showed that for global warming to be kept to 1.5°C above pre-industrial levels by 2030, emissions must drop by 7.6% per year. Several countries, including the UK have set targets to be net-zero by 2050.

In response to the devastating impacts of Covid-19, momentum has been building for a sustainable economic recovery that does not jeopardise the achievement of these ambitious global climate targets.

To this end, the International Energy Agency (IEA) convened a Clean Energy Transitions Summit at the beginning of July alongside the International Monetary Fund (IMF) to put clean energy at the heart of the Covid-19 recovery. Ministers from countries representing over 80% of the world’s economic output, as well as leaders from business and non-governmental organisations, were in attendance.

The economic case for the transition

The global emissions targets are not the only factor driving the energy transition. The economic case has never been stronger and should drive continued progress. The comparable price of renewable energy compared to fossil fuel-based energy has been reducing significantly in recent years, such that renewables have now reached cost parity with the cheapest form of fossil fuel generation.

Solar and wind are now the cheapest source of bulk electricity generation in 85% of the world. The diagram below illustrates the falling cost of renewable sources, in comparison to fossil fuels over the last eight years. As an example, offshore wind dominated the government’s contracts for difference allocation round in September 2019, with a very low average strike price of around £40 per MWh to add 6GW of new offshore wind capacity to the UK by 2025. This will account for around 7% of total UK energy demand. This price, which is significantly lower than a new coal or gas-fired power station, demonstrates the increasing competitiveness of offshore wind compared with fossil fuels. The winning bids included 3.6GW of projects at Dogger Bank, in the North Sea off the east coast of England, to be built by Equinor and SSE. 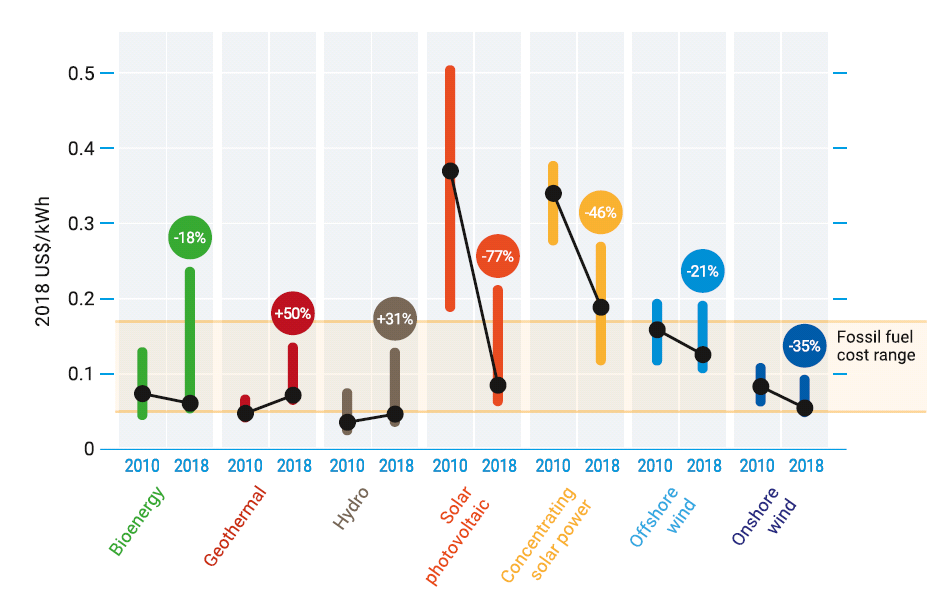 The positive economic impacts of a low-carbon transition were also highlighted in the IEA’s sustainable recovery plan. They estimate that pursuing their plan would lead to a 1.1% boost in global economic output per year and the creation of 9 million new energy-related jobs.

As well as investment in renewable energy generation, it also important not to forget the enabling elements of electricity network infrastructure. The introduction of new and improved grid transmission and distribution networks, coupled with energy storage and other technologies that improve energy efficiency, including software and hardware, are all a key part of the transition too. According to the US Energy Information Administration, utility-scale battery energy storage capacity in the US could more than double between 2020 and 2022.

The strengthening economic case, coupled with the need to close the emissions gap in a world where global energy demand is predicted to increase by 50% by 2050 highlights the significant potential for a continued rapid transition towards low-carbon energy and infrastructure.

Investing in the energy transition

Investors have an important role to play in directing capital to support the changes we want to see across the energy value chain - and potentially have a lot to gain from doing so.

At Rathbone Greenbank Investments, we have been investing in the sectors and companies driving the transition for many years and are using our continued understanding of how the energy transition will play out to inform the new opportunities we choose to invest in.

Our particular focus has been on encouraging a ‘just transition’ which leaves no one behind in the process. We are especially cognizant of how integral achieving a successful energy transition is to achieving positive outcomes in other areas of sustainable development, including reducing inequality and improving health outcomes.

Using our investor voice through our engagement with companies and policymakers to encourage actions consistent with a low-carbon transition is also important to us.

Since November 2019, we have been involved in the Paris Aligned Investment Initiative, a ground-breaking project led by the Institutional Investors Group for Climate Change (IIGCC). Alongside 70 other investors, we have explored what it means for investors to align their portfolios to the goals of the Paris Agreement, developing a comprehensive basis on which both asset owners and asset managers can take effective action to accelerate the transition towards net zero emissions.

We are delighted that the draft ‘Net Zero Investment Framework’ will be published soon for consultation and we look forward to applying its findings to our clients’ portfolios.