Home › Insight › The Power of One

The Power of One

Due to the ongoing coronavirus pandemic, this year’s Durrell Wildlife Conservation Trust Lecture – The Power of One – was broadcast online from the beautiful butterfly and tortoise habitat at Jersey Zoo. 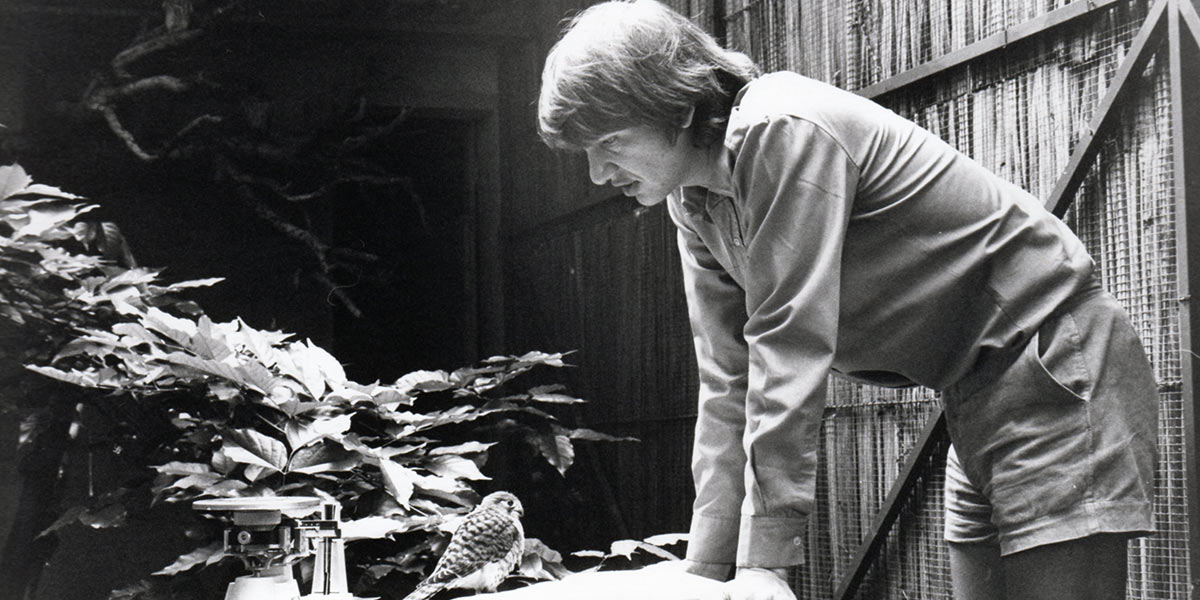 Despite the distractions of a difficult year, we cannot lose sight of the fact that biodiversity and the natural world in general provide us with a wealth of ecosystem services underpinning our societies and economies. With up to a million diverse species at risk of extinction, our future security is dependent on the preservation of nature being fully integrated into business and economic models. For Durrell, the preservation and revival of species and ecosystems begins with committed individual actions: the power of one.

Durrell CEO Dr Lesley Dickie explained how the Trust forges the individuality of its people into a strong collective bond. Mission enablers and deliverers around the world all work to a common purpose. Dr Dickie’s own path began with her upbringing in 1970s Glasgow where, despite widespread social hardships and urban decay, she had ready access to nature in neighbouring Victoria Park. Her fascination with the park’s Fossil Grove – a group of 300 million-year-old fossilised Lepidodendron trees – helped to foster a deep appreciation of the force of nature.

Younger generations are finding their common purpose in demanding more from governments and corporations to mitigate climate change and nature degradation.

Freedom to explore, access to art and literature and an available educational pathway brought Dr Dickie to her purpose – but how do we make species conservation a common purpose for all? Conservation doesn’t happen in isolation but works in the context of the people we live and work among.

Challenged by the spread and virulence of coronavirus, we have been able to share expertise and quickly advance vaccination efforts. Younger generations are finding their common purpose in demanding more from governments and corporations to mitigate climate change and nature degradation. At the same time, financial services are exploring how investments can be part of the armoury to combat the climate crisis and biodiversity loss.

These existential threats loom large behind our immediate pandemic-related troubles. Whatever we contribute, our common purpose must be the preservation of our common home. In the words of anthropologist Margaret Mead: “Never doubt that a small group of thoughtful, committed citizens can change the world; indeed, it’s the only thing that ever has.”

Professor Carl Jones MBE is a conservation biologist whose commitment and dedication to species preservation in Mauritius and Madagascar has inspired Durrell to launch a scholarship in his honour, empowering the next generation of conservation leaders.

From an early age, Jones nursed injured and orphaned birds. His developing expertise led to successfully breeding European kestrels and his success convinced him that his ‘back garden’ skills could be used to help preserve the Mauritius kestrel – the world’s rarest bird at the time. Despite the scepticism of funding bodies who thought it a hopeless task, Gerald Durrell recognised the value of Jones’s efforts and supported them, insisting that he remain in Mauritius and continue his work.

According to a recent study, the Trust has played a significant role in conservation efforts to protect around 20% of species that have been considered to be “highly threatened”.

Jones’s empathy, intuition and practical knowledge made a difference. Applying zoo techniques to free-living populations helped re-establish rare birds like the pink pigeon and echo parakeet. However, the team in Mauritius quickly realised that the long-term solution would have to be the removal of invasive species and the restoration of native habitats. With these efforts underway, the Mauritian government requested a visit – an experience that later inspired the country’s prime minister to pave the way for the creation of a national park.

Extending their restorative work to Round Island and Ile aux Aigrettes, Jones’s team began to consider which animal species could be introduced to fulfil the important roles extinct species had played before widescale human intervention. Observing how their choices helped to increase essential biodiversity around the islands, the team saw how selective species introduction was restoring threatened ecosystems.

Much of the knowledge gained from the Trust’s experiments in Mauritius has been used to regenerate failing natural systems all over the world. Most if not all species have the potential to be saved. According to a recent study, the Trust has played a significant role in conservation efforts to protect around 20% of species that have been considered to be “highly threatened”. Commitment to their common purpose makes Durrell one of the most effective conservation organisations in the world.