October saw rising inflation, high interest rates and continued volatility of the pound, culminating in the appointment of both a new Prime Minister and a new Chancellor. We wait to see how they intend to manage the economy in the planned Autumn statement later in November. 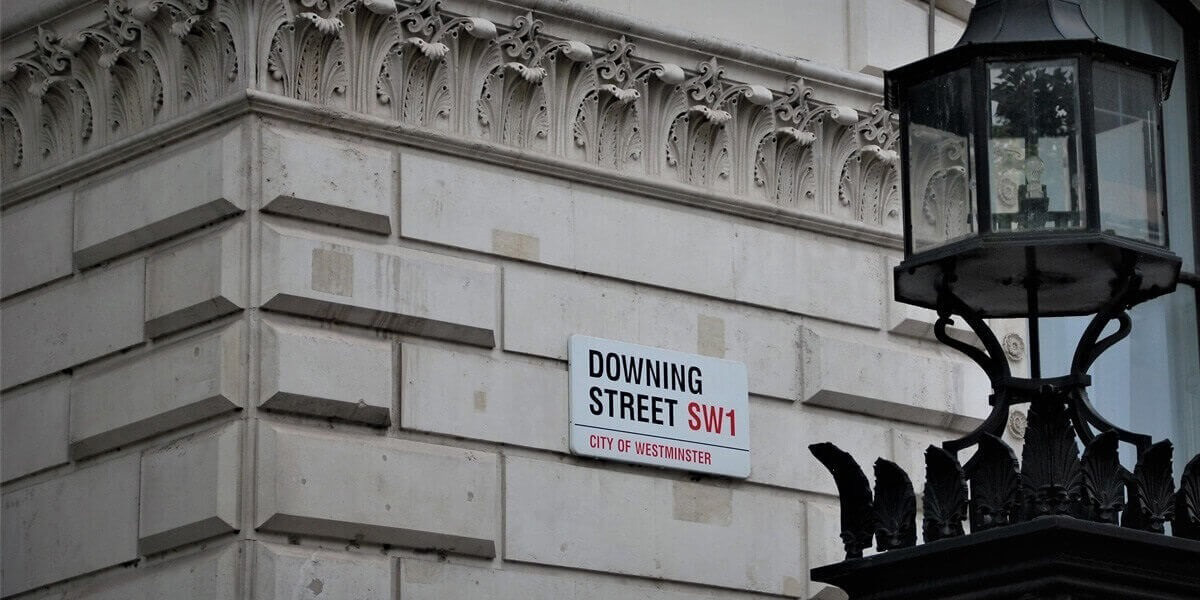 In October developed market equity markets were given some respite from the declines seen last month. The markets reacted favourably to the appointment of Rishi Sunak as Prime Minister and were buoyed by the Q3 earnings season in the US, that has so far has been stronger than expected (albeit from a low base). The FTSE World Index rose 6.9% over the course of the month, to bring losses to 17.2% on a year-to-date basis. The US market, represented by the S&P 500 index, gained 8.1% in October, and the FTSE All Share Index finished the month up 3.1%. The Euro STOXX 50 was the strongest performing major equity index in October, gaining 9.1%. Emerging Market equities were weak as they continue to face pressure from a strong dollar and a resurgence of Covid cases in China weighed on sentiment. The FTSE All World Emerging Market Equity Index fell 3.6% over the month.

Politics continued to dominate the headlines in the UK. The Bank of England was forced to step in with emergency buying measures to support the bond markets following a severe sell off in fixed income and equity assets as markets reacted to Chancellor Kwasi Kwarteng’s mini-budget. Kwarteng resigned after 38 days and was replaced with Jeremy Hunt who proceeded to reverse many of the tax cuts. Just a week later Liz Truss resigned as Prime Minister after 45 days in the role and was replaced with Rishi Sunak, the only candidate in the Conservative Party Leadership contest after Penny Mordaunt withdrew her bid.

"Following Sunak’s appointment, the pound rallied back to its highest levels since before the mini-budget and government borrowing costs improved…"

Following Sunak’s appointment, the pound rallied back to its highest levels since before the mini-budget and government borrowing costs improved as yields on long-term gilts eased due to improving market confidence. With Rishi Sunak in power we are likely to see more financial stability and it is expected that the Bank of England may not raise rates as aggressively as previously thought. We are keeping a close eye on monetary policy decisions and any further budget announcements for November.

US earnings and macro environment

In the US, the corporate earnings season is over halfway through. Whilst corporate profitability has been weak, the earnings crash that investors were worried about did not materialise, and generally earnings have been stronger than consensus. Big technology companies disappointed (with the biggest tech names losing $11 trillion in market value in a week), whereas energy, utilities and defensive pharmaceutical companies reported ahead of analyst forecasts. US companies, particularly exporters, continue to suffer headwinds from a strong US dollar, with analysts estimating as much as $10 billion being wiped from US earnings in the third quarter  due to the strength of the currency.

The macro economic environment in the US remains challenging but there are signs that inflationary price pressures are beginning to ease. US consumer confidence declined more than expected in October after two months of back-to-back gains. Uncertainty around the Federal Reserve’s interest rate hikes and persistent, high inflation continue to weigh on consumers. The Federal Reserve is widely expected to deliver its fourth consecutive 0.75% rate rise in November, which has weakened rate-sensitive sectors such as housing where mortgage rates have risen above 7% for the first time in 20 years. The tighter monetary policy in the US has stifled consumer demand but has yet to cool inflation, as the latest Consumer Price Index figure for September rose 6.6% - above economist forecasts.

The US economy did rebound in the third quarter, with gross domestic product increasing 2.6% on an annualised basis over the third quarter. Much of the expansion was due to the unprecedented demand for American petroleum products in response to the shortages resulting from the war in Ukraine.

US demand for sustainable investments

Turning to positive news, Wall Street is planning to launch a new stock exchange exclusively for environmentally focused companies. The Green Impact Exchange (GIX) is seeking regulatory approval to operate an exchange that allows investors to trade equities with a demonstrated commitment to ESG. GIX is expected to go live in 2023 upon approval with the Securities and Exchange Commission amid a boom in demand for sustainable investments in the US. This comes on the back of the single largest investment in climate and energy in the US in the summer with the passing of the Inflation Reduction Act 2022. A recently published report by McKinsey notes that the Act will direct $400 billion of investment into clean energy, including significant investment in renewables, as well as clean hydrogen, battery technologies and incentives to develop more facilities that produce clean energy components. This investment is critical to support the phasing out of fossil fuels. The International Energy Agency (IEA) has forecast that fossil fuel demand will peak this decade and expects investments in clean energy to rise by 50% by the end of 2030, to $2 trillion a year.

The UN COP 27 Climate Change Conference, taking place between the 6-18 November, will bring 90 world leaders and a host of delegates together to act towards achieving the world's collective climate goals. The economic backdrop to COP27 is very different to what we saw at COP26 and policymakers will be mindful of current energy prices and energy security. Nicola Day, deputy head of Greenbank, is attending the COP 27 climate summit in person – and we look forward to her reporting back from her time at the conference.

Ahead of the fortnight in Egypt, the European Union and US have announced their support of formal UN negotiations over possible assistance to countries that suffer devastation from extreme weather events made worse by climate change. This comes amid the V20 Forum, a meeting of the 20 most vulnerable countries facing the worst impacts of the climate crisis – who set out their proposals of how rich countries should pay for the “loss and damage” caused by the climate crisis. Germany has positioned itself to lead G7 countries on the issue of funding for poorer countries, as it reported its highest ever international climate financing commitments.

Other important topics on the agenda include climate mitigation and market mechanisms around carbon markets. Looking at mitigation, it is hoped that leaders will regain momentum on Nationally Determined Contributions (NDCs) and the commitments made at the COP 26 summit last year, after a recent UN report detailed that the combined climate pledges of 193 Parties under the Paris Agreement could still put the world on track for around 2.5⁰C of warming by the end of the century. COP27 will be instrumental in focusing on the implementation of these pledges and long-term commitments, and ensuring that countries do not slide backwards.

The summit also presents an opportunity for more convergence on the rules for voluntary and regulated carbon markets. Carbon credit trading is seen as vital for scaling up carbon markets and increasing investments in developing countries that have urgent climate adaptation needs. Whilst there are some regional mechanisms in place, this raises concerns about the economic impacts as companies may look to relocate to less regulated regions. We advocate for a robust carbon market on an international scale supported by international policy framework.

The ongoing war in Ukraine is having repercussions around the world, particularly on food security. Both Ukraine and Russia are major producers of wheat, barley and maize, accounting for 27%, 23% and 15% of global exports respectively as stated by the Food and Agriculture Organisation of the United Nations. According to the UN, the number of people facing acute food insecurity had jumped from 135 million to 276 million since 2019 – and that does not even take into account the conflict in Ukraine. Some of the poorest nations in the world, in Africa and the Middle East in particular, are most dependent on wheat supplies from Ukraine and Russia. According to the UN Comtrade report the dependence of Somalia and Benin used to be 100% and Egypt is 82%. Further exacerbating the situation will be Russia’s recent suspension of its UN backed deal with Ukraine that allowed the passage of millions of tonnes of grain via southern Ukraine. Prices of grain have already spiked, with catastrophic consequences for poorer nations who are already experiencing acute food shortages.

October was another eventful month for investment markets, with macroeconomics and sentiment key drivers. At Greenbank our portfolios continue to be relatively defensively positioned, ensuring we are investing in resilient companies that are positioned to benefit from long term sustainability trends. Whilst economies and countries globally grapple with many headwinds, including high inflation and rising interest rates, a strong dollar, rising commodity prices and war in Ukraine, we do see pockets of attractive investment opportunity. We continue to keep a watchful eye on monetary and fiscal policy decisions – as well as closely monitoring our investments and portfolio positioning in this challenging and ever-changing market environment.