In this month's Greenbank Market Update we look at food security, UK energy strategy and European energy, against the backdrop of the war in Ukraine. 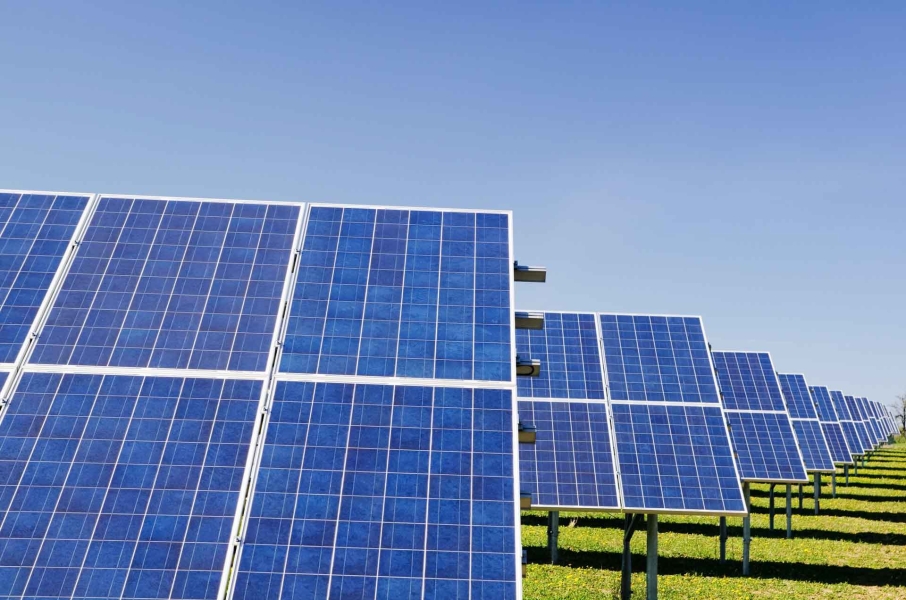 Global markets continued to grapple with the effects of the war in Ukraine and the subsequent knock-on effects on inflation and the cost of living. Over the course of April the FTSE World Index, which measures the performance of developed markets, returned -6.91%. The US market, represented by the S&P 500 index, was the worst affected as it fell -9.03% while European markets fell -2.39%. The UK market, represented by the FTSE All-Share Index, remained flat with a return of -0.15%, but this was mainly driven by the larger companies that operate in the oil, pharmaceutical and mining sectors.

As a result of the prices for vegetable oils, cereals and meats rising to all-time highs, the Food Price Index of the Food and Agriculture Organization of the United Nations (FAO) jumped +12.6% in March - the biggest leap since the index’s inception in 1990. We do not see this easing in the near term as estimates from the FAO and the Ukrainian government expect 20-30% of crops to go unplanted or unharvested this year.

This is having significant consequences for low- and middle-income countries, with the Middle East and North Africa, which rely on exports from Ukraine and Russia, being the worst affected regions. Rising food prices, whether driven by the war in Ukraine or broader factors such as Covid-19, have already led to an increase in civil unrest, with protests in Sri Lanka resulting in the country’s president declaring emergency rule earlier in April.

The potential impacts of continued food price inflation are considerable. The World Bank has warned that the number of undernourished people globally could increase by 63%, to 13 million people worldwide.

Supply chains are unable to adjust quickly, and shortages of some products are resulting in increased demand for alternatives. A continued increase in demand for palm or soybean oil increases the risk of unsustainable production and deforestation, adding to climatic risks, physical disruptions and greater risk of disease and zoonoses.

"We believe the longer term solution is the adoption of sustainable food practices that utilise emerging regenerative and circular agricultural approaches, backed by technological advances."

While governments face a short term dilemma in balancing the UN SDGs with the cost-of-living crisis facing their populations, we believe the longer term solution is the adoption of sustainable food practices that utilise emerging regenerative and circular agricultural approaches backed by technological advances. These can provide yield improvements, greater resource efficiency, reduced waste and traceability.

On 6 April the UK government announced its energy security strategy, which pledges to have 95% of electricity generated from low carbon sources as early as 2030. The strategy will see investment into wind and solar power, new nuclear, hydrogen and heat pumps. However, these are medium to long term solutions and are unlikely to ease rising energy prices in the short term. We were disappointed that the Government also announced it would be looking to extract more oil and gas from the North Sea, particularly as the latest IPCC (Intergovernmental Panel on Climate Change) report gave a stark “It’s now or never” warning and confirmed that the planet is heading for a 3.2°C warming without immediate action.

Greenbank invests in a large number of renewable infrastructure projects across the UK and Europe, with exposure to existing wind and solar farms and new developments. These assets sell energy at the prevailing market rate, which is currently set by the gas price, so they have been able to increase revenues in line with recent price rises. An increase in government funding will create more opportunities for our investors and help meet the 1.5°C target of the Paris Agreement.

In France, President Emmanuel Macron has won a second term allowing him to keep rolling out his decarbonisation plans. Macron has pledged that France will be the first nation to exit oil, coal and gas. Key to this is investment in nuclear power as he aims to develop 14 new nuclear power plants by 2028, as well as building more renewable energy sources.

Germany has made progress towards sourcing almost all of its electricity from renewable sources by 2035. The country’s Renewable Energy Sources Act could quadruple wind power within 3 years and will raise the share of power from renewables to 80% by 2030, aligning the country to a 1.5°C pathway.

The war in Ukraine is accelerating government and business investment in more sustainable food and energy sources. However, the impacts of this are unlikely to be felt in the short term and we continue to expect cost pressures, social unrest and market volatility as a result.

We aim to invest in companies that provide solutions to these challenges and will benefit from this increase in investment. Moreover, our thematic research teams are monitoring evolving technologies that could offer shorter term solutions to these issues.